Chris Rose works in a repurposed ten-by-ten-foot garden shed where the edge of his yard meets a grove of aspen in Sutton, Alaska, once a coal mining outpost about 60 miles northeast of Anchorage. Rose has spent much of the last two years in this shed, participating in countless hours of Zoom meetings with a broad range of people, from environmental activists to Native leaders, large business owners, and the leaders of Alaska’s electric utilities. While online conferencing made these kinds of meetings possible during the pandemic, Rose says it has sometimes been challenging to build the kind of rapport and trust he needs to bring together people with vastly different interests to forward a singular purpose: promoting renewable energy and energy efficiency projects in one of the most petroleum-dependent states. 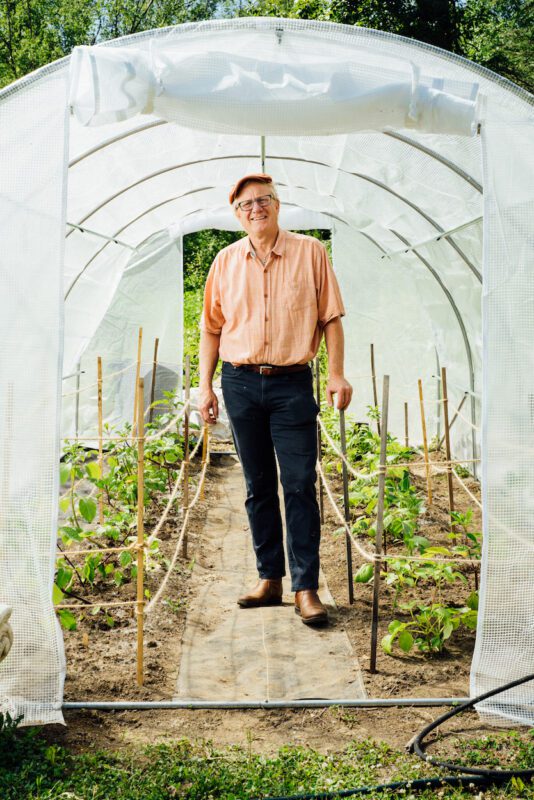 But Rose and the Renewable Energy Alaska Project (REAP), the organization he founded nearly 20 years ago, are succeeding in shifting the energy conversation in Alaska from fossil fuels to renewables and securing Alaska’s role as a model for renewable energy efforts worldwide. In doing so, Rose is challenging assumptions, nurturing groundbreaking coalitions, and igniting a new kind of energy literacy from elementary school classrooms to the capitol building in Juneau.

Rose’s vision for a clean energy future in Alaska is as simple as this: he wants to see 100% renewable electricity powering everything from lighting to transportation to heat. This is an ambitious goal in a state with one of the highest per capita energy appetites in the nation, that is only the middle of the pack when it comes to renewables. And it can seem outlandish in a place with a history and identity soaked in petroleum, where, for decades, the state government was funded almost entirely by oil revenues.

Alaska’s wealth in renewable energy potential is staggering. The state has more coastline—ripe for the development of wind and hydrokinetic energy—than the rest of the country put together. Alaska’s never-ending summer days provide abundant solar energy potential. The seas here surge with some of the largest tidal exchanges in the world. Geothermal and biomass energy are here too. And Alaska’s opulent portfolio of rivers and streams present ample low-impact hydropower opportunities. But since the discovery of oil more than 60 years ago, Alaska has been a fossil fuel-dominated state.

Today, however, Alaska is ground zero for climate change. Production from the state’s aging oil fields is plummeting. And Alaskans are paying two to five times the energy costs seen in the Lower 48–even for natural gas produced in their own backyards. “Alaska’s never gotten a hometown discount on oil and gas,” Rose says. Meanwhile, solar and wind have become the cheapest electricity on the planet. The state is primed for change. 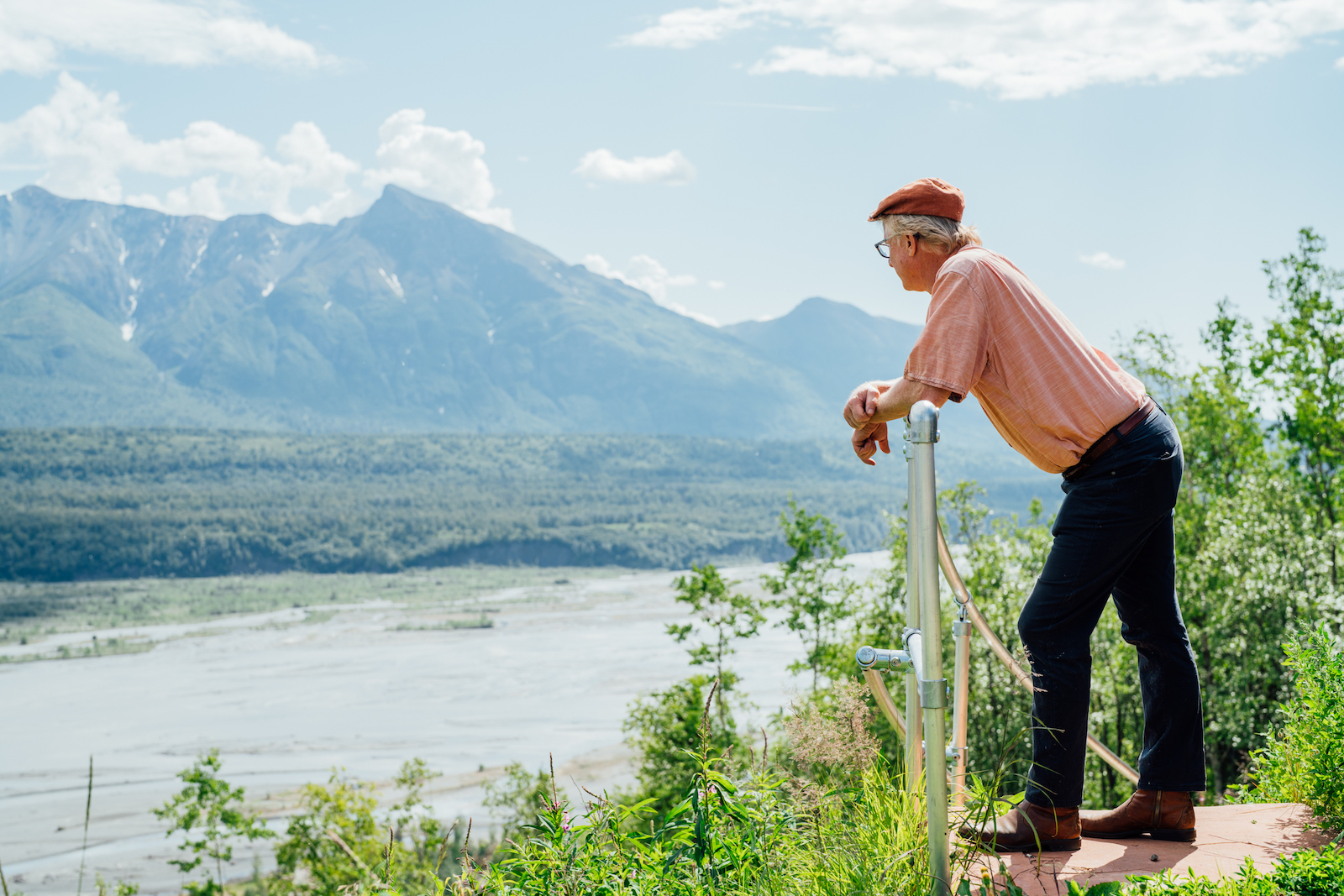 Rose formed REAP after more than a decade running a private practice law firm where he acted as a mediator and worked extensively on social issues in rural villages. But Rose wanted to get back to environmental law, which had driven him into the field in the first place. It was 2002, and the U.S. was diving headfirst into what would become a long, bloody conflict in Iraq largely to maintain the flow of Iraqi oil into global markets. Rose remembers a lightbulb moment: “I realized that everything that I cared about—the environment, the economy, foreign policy—revolved around energy.”

Leveraging his skills in mediation, Rose brought a wide range of Alaska energy stakeholders to the table to form REAP, including Alaska Native organizations, educational institutions, conservationists, business leaders, and utilities—whose leaders make decisions that can affect coming generations. The organization’s first big success was the creation of the Renewable Energy Fund, a state grant program for renewable energy projects. Since the creation of the fund in 2008, nearly $300 million in state funds have supported renewable energy projects across the state, and leveraged another $300 million in private and federal funding. Projects include solar arrays in Ambler, Eagle, and Kaltag; wind farms in Kodiak, Hooper Bay, and on St. George Island in the Pribilofs; and hydroelectric projects in Ruby, Gustavus, and in the Aluetians. All told, more than 80 projects collectively are saving an estimated 30 million gallons of diesel each year.

Investing in renewable energy development is critical, Rose explains. And so is reducing the state’s energy demand to begin with. Rose refers to energy efficiency as the “first fuel.’’ For over 10 years, REAP advocated for increased state appropriations to allow Alaskans to make their homes more energy efficient through grants, resulting in $640 million in state funding that weatherized over 50,000 Alaskan homes. More recently, REAP developed legislation to establish a green bank for Alaska that will allow building owners to get affordable clean energy loans for projects like installing LED lighting, purchasing more efficient heaters, adding insulation, and installing rooftop solar arrays. The green bank model is taking off across the country, enabling borrowers to use the savings on their energy bills to help pay back their loans.

Recently, Rose has focused much of his efforts on the Railbelt—the stretch of Alaska from Homer to Fairbanks where the vast majority of the state’s population is concentrated and where more than 75% of its electricity use occurs. At one end of the Railbelt is Alaska’s largest hydroelectric facility, and near the other end is an aging coal-fired power plant. REAP has been instrumental in creating a “North Star” vision that would set a renewable energy standard for the region, working closely with Alaska’s conservative Governor Mike Dunleavy to introduce ambitious legislation that calls for 80% of Railbelt electricity to be produced from renewables by 2040.

Rose is also working to bring a new paradigm to the Railbelt grid—a collaborative approach to planning and setting standards that will help set the stage for the wholesale transition to renewables. For decades, the five utilities in the region have worked independently, investing separately in production facilities and wrangling over energy prices as they bought and sold power to each other. Rose has been a key voice advocating for a new structure that now requires that utilities work together to invest in power generation, transmission, integration efficiency, and cost cutting. He is a board member of the newly formed Railbelt Reliability Council, or RRC, an independent entity that will bring all of the region’s utilities and stakeholders to the table. Rose wants to see this effort lead to an independent non-profit that operates Alaska’s largest utility grid. Similar to organizations common in the Lower 48 that run large power grids, this independent system operator would be able to seamlessly incorporate variable power from renewables—the kind produced on nature’s cadence by the sun, tide, or wind—in a way the separate utilities cannot.

REAP’s work has also highlighted Alaska as a fertile testing ground for new energy technologies. Especially in the Bush, where power and heating costs from imported fossil fuels are astronomical, Alaska’s communities are eager to test new electricity generation methods because they have nothing to lose. In Igiugig*, a small village on the Kvichak River in western Alaska, for example, the Maine-based Ocean Renewable Power Company recently worked with the local tribal council to deploy the nation’s first in-river hydrokinetic power generator in the clear waters of the Kvichak. The same company is piloting the first-ever tidal energy project in Cook Inlet, a large body of water just off Anchorage’s doorstep where huge tidal surges could power the entire Railbelt. The state is leading the way in developing renewables that can be integrated into microgrids currently powered by diesel, a configuration used in Alaska’s rural villages and thousands of small communities worldwide. These projects will also help inform U.S. communities and institutions—such as corporations, hospitals, and universities—that are likewise looking to renewables for reliable, low-cost energy that is resilient to natural disasters and other disruptions. 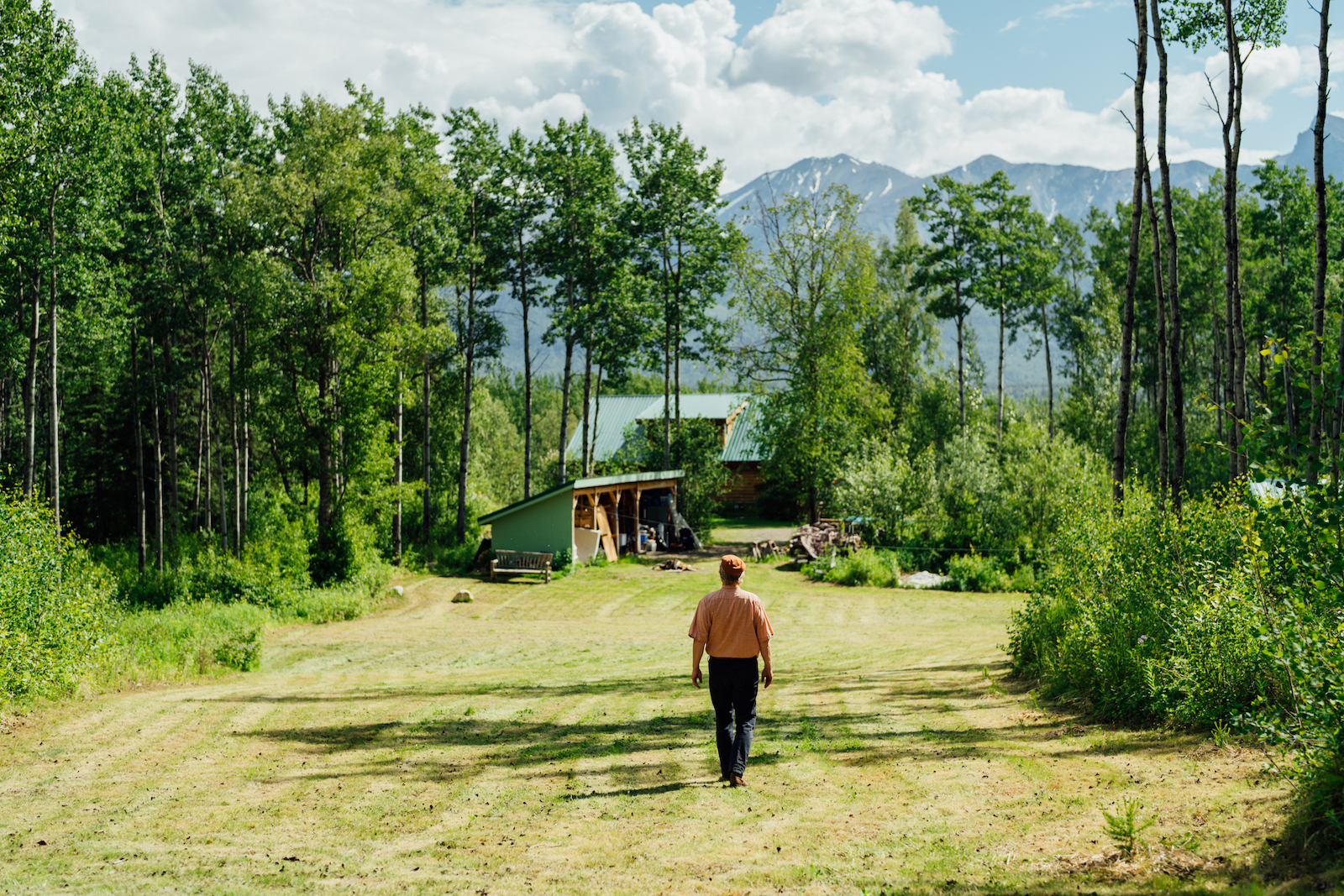 Investing in education is critical to REAP’s mission, Rose explains. To catalyze short-term change, he says, he has policy discussions with legislators. But to set the stage for long-term change, REAP staff head to elementary school classrooms across the state where they offer hands-on lessons on where energy comes from and the implications of the energy decisions we make every day, helping raise up the next generation of energy-conscious citizens, consumers, and leaders.

As Rose witnesses the fallout of Russia’s war on Ukraine, he recognizes that the shift to energy independence and renewables is more important than ever before. And he knows that if the fossil fuel state of Alaska can make this shift happen, it will show people all over the world what is possible. Rose and his team are making it happen, one project, one policy, and one classroom visit at a time.

* Alaska Venture Fund has partnered with Igiugig Village Council to implement Igyaramiuni Ciunerkaput (The Igiugig Sustainable Future Project), a comprehensive plan to achieve sustainable social and economic development for the community while carefully stewarding the lands and waters that support a subsistence way of life. To learn more about Igiugig, AVF’s work with the community, and the village’s transition to renewable energy, click here.

Chris Rose is the Founder and Executive Director of REAP, Renewable Energy Alaska Project, a non-profit organization dedicated to increasing the development of clean energy in Alaska through collaboration, education, training, and advocacy. To learn more about REAP’s work, contact Chris at chris@realaska.org.

Sign up for updates on how we’re driving change, building powerful partnerships, and creating opportunities for all Alaskans. You can unsubscribe at any time.

Sign up for updates on how we’re driving change, building powerful partnerships, and creating opportunities for all Alaskans. You can unsubscribe at any time.